Optical coincidence occurs as the concentration of particles nears the upper limit, and two or more particle pass through the OPC viewing volume simultaneously. Particles passing side by side appear larger, or smaller particles can be obscured by bigger ones. The end result is that as more and more particles pass through the OPC, the OPC loses the ability to distinguish one particle from another. When this occurs, the size distribution of particles changes and typically appears as if there is the same number of counts in the first several particle channels of the OPC as seen in Figure 3. 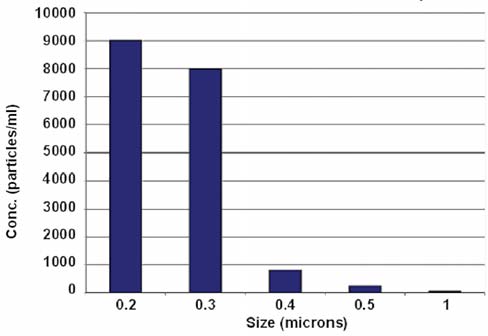 When the concentration limit has been exceeded, there is no guarantee of the actual counts or that two instruments will agree with each other. Coincidence loss is neither predictable nor necessarily a linear response as the concentration increases.

If the particle concentration is extremely excessive, the OPC will saturate, completely overloading the electronics and making it unable to respond to individual particles. The particle distribution will actually invert and show fewer counts in the first channel, as seen in Figure 4. In extreme cases, the OPC can actually read zero counts. 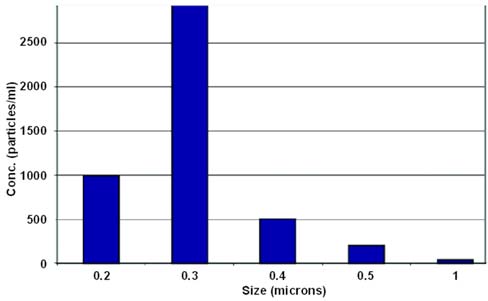