A small amount of background noise or scattered light is always created by the OPC’s laser interacting with the optical path.

Excessive background scatter can be recognized in the following ways: 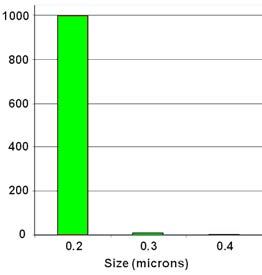 Operators often ask if the first channel can be ignored. The answer is “No” for two reasons.