Time for a new blog series! Here, we discuss the benefits of airborne contamination monitoring (AMC) in photolithography (lithography)

Where do the defects occur?

Reduction of feature defects is a core interest of the The International Roadmap for Devices and Systems (IRDS 2020 Edition).

Developer and scanner processes in the litho FAs are included, but another point of use for AMC monitoring is where any high precision optical components are used, including manufacturing of 193 nm and 266 nm lasers. The areas of focus, otherwise known as the sources of AMC contamination, can be summarized into two categories:

Defect group #1 is predominantly affected by:

However, both defect groups can be affected by:

Contamination on an optical component from AMC during manufacturing was found below:

What happens to the contamination?

Once assembled into the linked litho scanner toolset, components with hidden anomalies can lead to distorted light pattern emission. The Extreme Ultra Violet (EUV) process tool uses reflective optical components for projecting the pattern directly onto the wafer in a vacuum environment and must:

AMC-related surface contamination and faulty optical components with embedded AMC-related defects are not only a concern for the Litho FA and Litho Tool OEM assembly, but are also a major concern in the inspection tool Metrology FA and Metrology tool OEM assembly. Both Litho and Metrology tool OEMs require the manufacture and delivery of near-perfect light transmission performance from their respective optical component and sub-system supply chains.

Can the defects be reduced with Real-time AMC Monitoring in Lithography?

Slower resist formulas have been shown to reduce some stochastic defects. However, the time-dependent defects associated with AMC exposure (in DUV and previous generations) will also increase proportionally due to the longer expose process and pre-expose queue times. Furthermore, defects are predicted to increase if AMCs are present during the longer exposure times required when implementing more complex DUV, DUV-double and even DUV-quadruple patterning schemes needed per IRDS 2020. 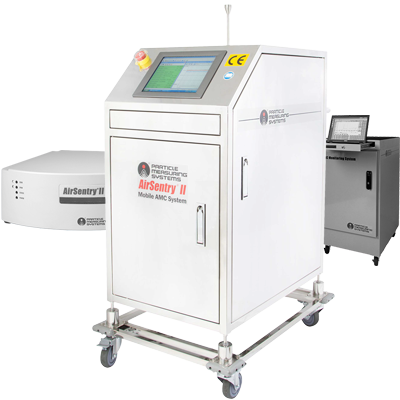 What to Take Away

Want to learn more about how to limit AMCs in your lithography application?

Do you work in the Lithography, Metrology, and Component (Sub-System) Manufacturing industries? Join us next time for AMC-Caused Haze Formation on Optical Surfaces.